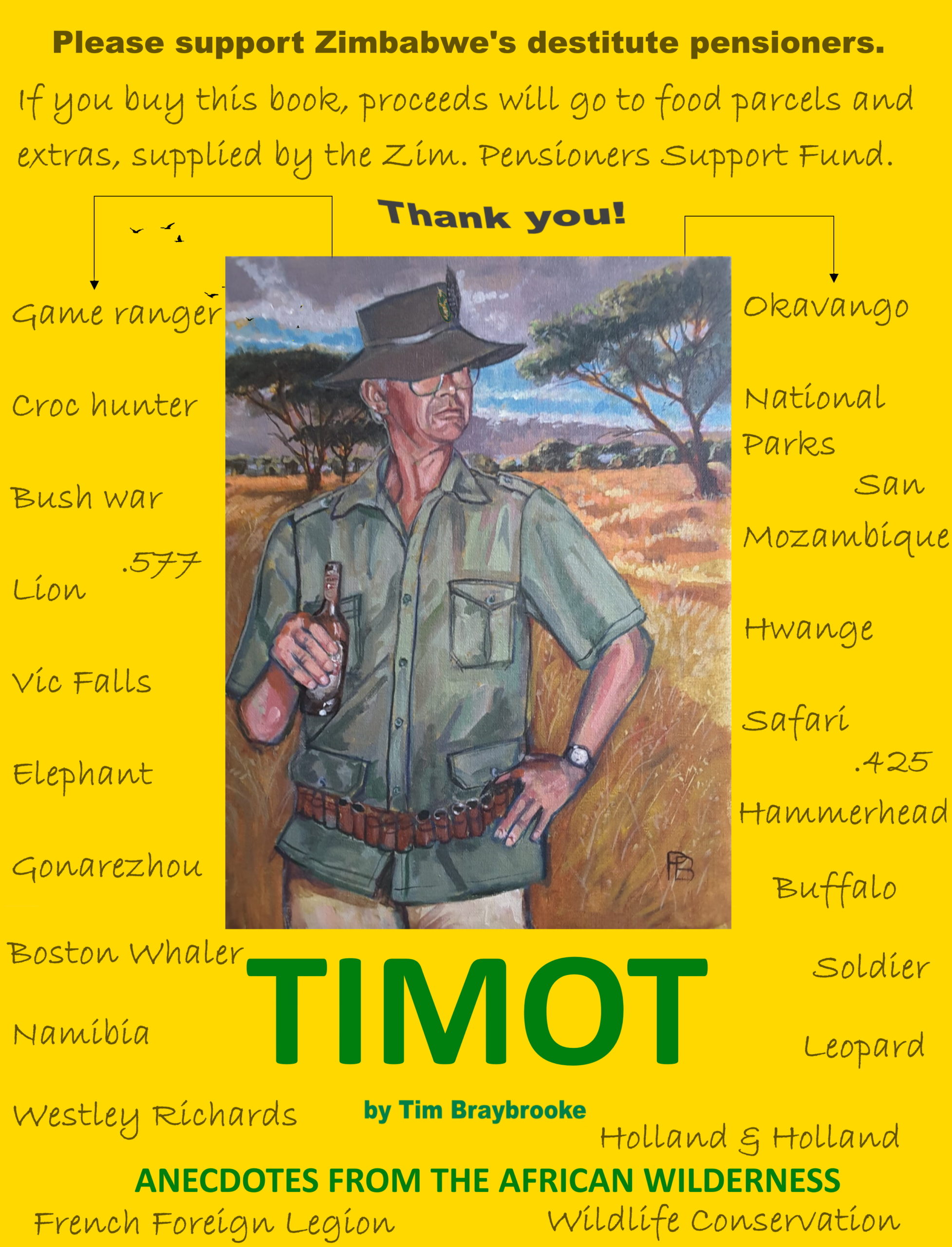 The ZPSF is happy to announce that TIMOT, a book on National Parks legend Tim Braybrooke is available, and all the proceeds are for the ZPSF. The attached flyer and the paragraph below reveal something about what is in the book, but all that is just the tip of the iceberg!Make no mistake, Timot’s world was often fraught with hidden dangers where not everyone returned home in one piece. A colleague was killed by a lion, another mauled by a leopard and yet another gored by a buffalo. And then of course, there was the bush war to contend with. Luck, however, was on Timot’s side. He was the real deal in the world of National Parks and wildlife conservation in Rhodesia. When only 28 and with a young wife and two small sons, Tim Braybrooke became the youngest warden in the country, in a remote, undeveloped game park on the Mozambique border. It was teeming with aggressive elephant and far away from civilisation, but by the time he left, he and his team had done a great job. They all went on to make their mark in the country’s national parks, and some, like Timot, set up their own successful safaris. Timot was born in Salisbury and eventually went to Plumtree School, where he met his friend-for-life, Storm Stenslunde. What they got up to and got away with at such a young age is the stuff of legend.ReviewI absolutely loved this book.

Memoirs can easily be hit and miss depending on the subject matter at hand. I’ve always had a sense of adventure, and I absolutely drooled over the descriptions of the African landscapes, the promise of excitement at every turn, and the incredulous tales. Not only were Tim’s stories rife with the right level of action to keep me interested, but Bijsterveld’s writing was on point as well. This is the kind of book that has the reader scheduling a safari or filling out his African immigration papers after turning the last page.

What I liked the most about this book is how the author was able to put you into the scene with his writing and still maintain a relatively informal/conversational style with the reader.. . . Review by Scerakor (onlinebookclub.org – 1 million members)

Please dig deep for our Golden Oldies. To access the book, please click TIMOT. It is available in full-colour, greyscale or e-book, and the blog contains 3 easy links to Amazon, and info on a courier service if you live in Zimbabwe.