How does one put into words 20 years worth of work, Magic and of caring? Part 3 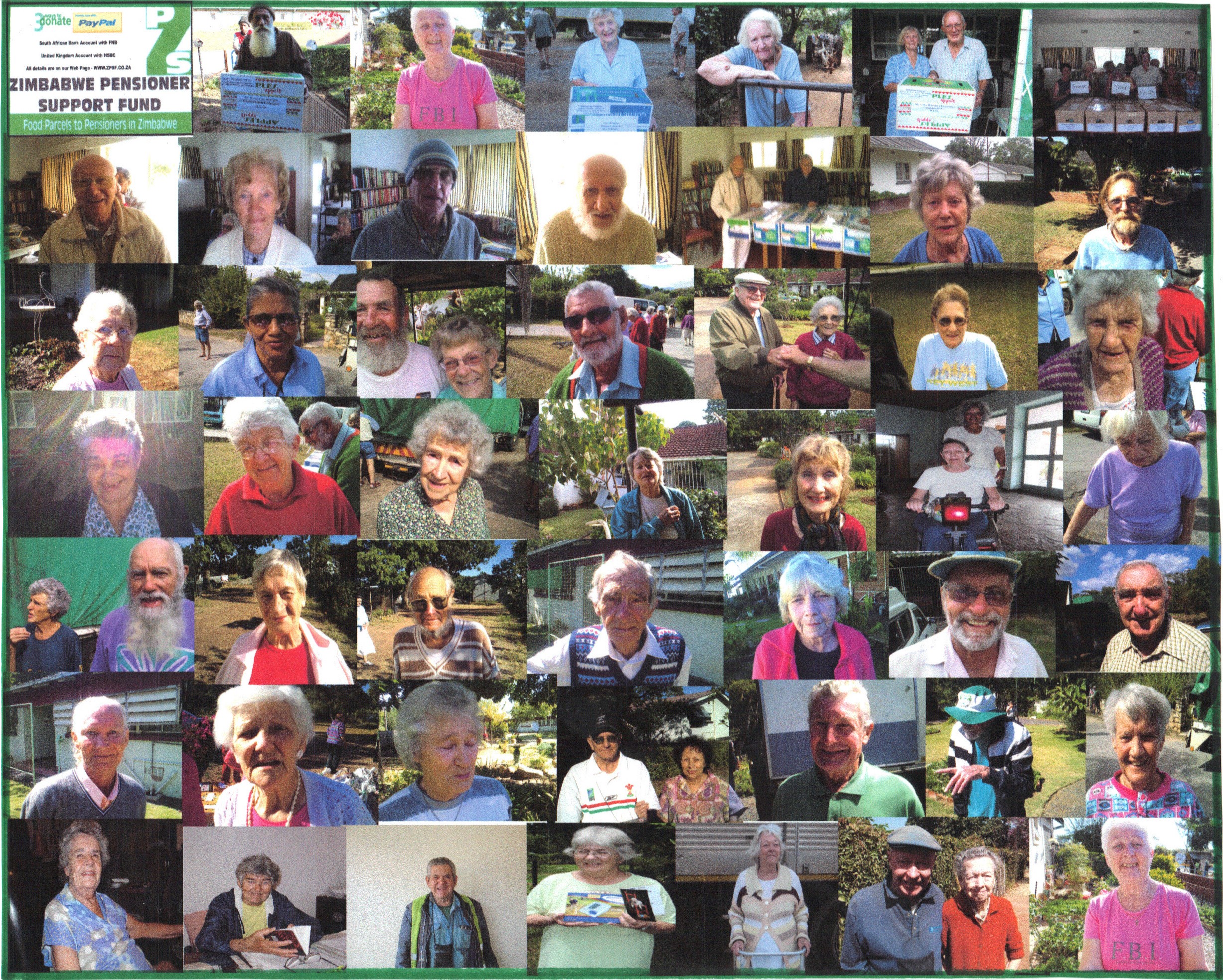 January 2002 Hannes Botha received an appeal for help from a pensioner in Bulawayo Zimbabwe. The pensioner had no funds and no food. Hannes bought enough food to fill his Ford Metor car, took a week’s leave and drove the 1000 kilometres to Bulawayo and delivered food to the pensioner. A few months later he went up to Zimbabwe and supplied the pensioner with food. He was asked to supply a pensioner with food at the Huisvergesig Old Age Home in Gweru. This he did and when he noticed how the other pensioners in the home was staring at him and the box of food he realised that they also needed food. It took Hannes another 8 months to buy enough food to supply 36 pensioners with a food hamper at this home. The pensioners did not know that they would be receiving food and some of them were so overwhelmed that they cried. This is when Hannes realised that there was a crisis facing the pensioners in Zimbabwe. Their pensioners were fast becoming worthless as inflation was out of control.

July 2007 food disappeared from the shelves in the shops and a decision was made to supply the pensioners with a hamper every month. April 2008 the ZPSF was registered as a Section 21A Organisation and in July 2008 the ZPSF was donated a second hand 8-ton truck. This made it possible to supply more than 1000 pensioners with a food hamper every month. As the situation in Zimbabwe deteriorated a mobile clinic accompanied our trucks to Zimbabwe and medicine was supplied to the pensioners. January 2009 the ZPSF purchased a new 9-ton truck which has since been upgraded to carry a 14 ton payload.

March 2009 the ZPSF for the first time sent up 3 trucks carrying 22 tons of food that was distributed to more than 1600 pensioners. It was also in March 2009 that the ZPSF storeroom moved from Hannes’s house to a warehouse in Malelane.

We have been running ragged organizing and delivering the double boxes for our first trip for 2022. But it is finally basically completed. Thank you to everyone who assisted us in our time of need.

Due to the current circumstances in Zims we are going to be doing – DOUBLE FOOD PARCELS EVERY 2,5 MONTHS this year. This means that we will be delivering 10 boxes this year. Almost a box a month. In previous years it has been 6 boxes a year and then last year we migrated to 8 for the year. However, the situation for our Golden Oldies is just getting tougher to survive on the absolute basics. We are aware of the current shortages and all the help and aid needed and are doing the best we can with what we have. The current estimated cost of a single box trip is about R450000.00.

The recession seems to have affected most people in Zimbabwe in fact if you are keeping up to date with the increases and rate of inflation you will be well aware that survival is almost impossible for a lot of our Golden Oldies. Prices in Zimbabwe of basics are increasing daily in both the local currency and USD, so no matter what funds, if any you have, you are constantly on the losing side of the battle. Our Golden Oldies are part of an era that no longer exists, they stayed behind showing faith in a system, that not only let them down but totally ceased to exist. They lost everything, farms, homes, life savings and in a lot of cases hope. There is just no relief and our Golden Oldies who are currently most at risk are those who are not in old age homes. They are the ones with little to no support at all. They live in outside “Maids” quarters, in their own home (often falling apart) and for most of them almost total isolation. This is where our Outsiders lists are so important in trying to keep track and assist these Golden Oldies as much as possible.

The main message we receive and are asked is to pass on to all who have donated or assisted in one way or another is a Great Big Thank You, and to them, the pensioners, every time the truck arrives and they see the food parcels marked with their names on it, that they have not been forgotten and that there are still people out there who care and think about them. Just seeing their names on the boxes and knowing that someone cares, helps them to fight their daily struggle for survival with a sense of pride.

Over the past 20 years the Zimbabwe Pensioner Support Fund has gone from supporting 1 pensioner to currently about 1050 pensioners with an apple box filled with non-perishable food in 26 old age homes / organizations throughout Zimbabwe. We also assist similar organizations called “S.O.A.P” (Support Old Age Pensioners) in Bulawayo and have helped to set up a system similar to SOAP in Gweru, Zvishavane, Masvingo, Red Cliff, Kwe Kwe and Kadoma to cater for pensioners that are not in old age homes as well as various kitchens. As far as we are aware we are the largest non-Government organization supporting pensioners still in Zimbabwe who lost everything when the Zimbabwe dollar ceased to exist.

Letting them know we care is of utmost importance. This is where you come in, with your donations we show them that people all over the world still care about them. They may not necessarily be friends or family but there is a worldwide network of supporters who make what we do possible.

Please note some of these photos are really old and the are quite a few of our Golden Oldies featured in them who have moved on or passed away.